Ankole Kingdom – The Pearl Of Uganda 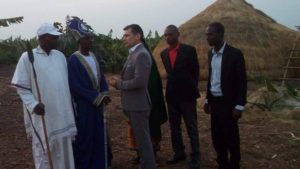 Ankole Kingdom, one of the traditional Kingdoms of Uganda, is located in South Western Uganda in the greater districts of Bushenyi, Mbarara and Ntungamo.

The once strong Ankole Kingdom has a long history and has been in existence for the last 600 hundred years. The Kingdom was formally abolished in 1967 by the government. The struggle for the restoration of the Ankole kingship has been ongoing for 19 years now.

On January 19th Thomas von DeWahl-Sivers had official meeting with the King of Ankole, His Royal Highness Asiimwe Ntare VI Rubambansi together with Max Muhumuza the Spokesperson of the Kingdom and Nasa Tushabe the minister in charge of Information, Communications and Technology.

The King of Ankole, Omugabe w’Ankole His Royal Highness Asiimwe Rubambansi Ntare VI appointed Thomas von DeWahl-Sivers as the Great Consul of Ankole to the European Union and the Russian Federation. With assignment to open Ankole Kingdom European representation office in Monaco. 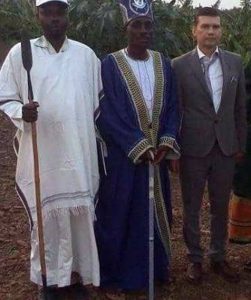 Thomas von DeWahl-Sivers is finally back from the mission in Uganda working for humanity with comments: “Sir Winston Churchill has said that Uganda is the Pearl of Africa. I would say that Ankole is the Pearl of Uganda. The nature in Ankole is very clean, fresh, best described with the word innocent. And the spirit of the local people is in harmony with the nature. I believe that Ankole Kingdom when developed can become a great tourist destination in Africa.”

In conclusion, Ankole is a pearl of Uganda that is worth of saving. The people of Ankole Kingdom have pure hearts and are working towards getting back their legal rights of Kingdom. The vision of the newly crowned King to serve and develop the Ankole Kingdom people is really heart warming. As Thomas von DeWahl-Sivers said: “I feel it is our duty to help them.”

After all, we all born into this World only for one reason – to serve the Humanity!